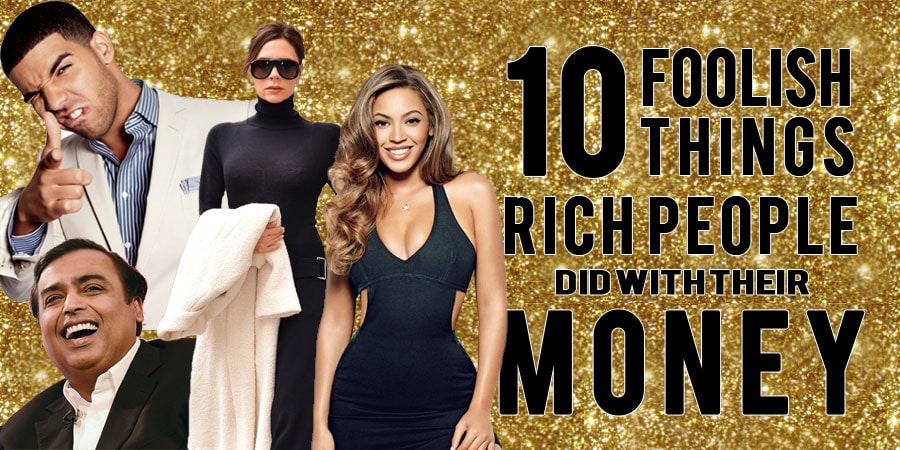 At Todayposts we have compiled 10 foolish things millionaires did with their money. We are fascinated to follow rich people and how they spend tremendous fortunes on insane ideas that some of us find probably crazy wasted money.

You’ll be astonished on how these 10 rich people care more or less when spending their millions, read till the end, maybe you get ideas for when you become rich like them.

# 10. Drake bought his neighbour’s house, so he could not complain about the noise

$2.85 Million is what Drake Rapper paid to purchase the house next door to his house in Hidden Hills California after his neighbour did his second complained about noise. After a few months the whole property reached the value of $ 8 Million.

# 9. Sorin Ovidiu Vantu made love with his wife on Millions cash in bedroom 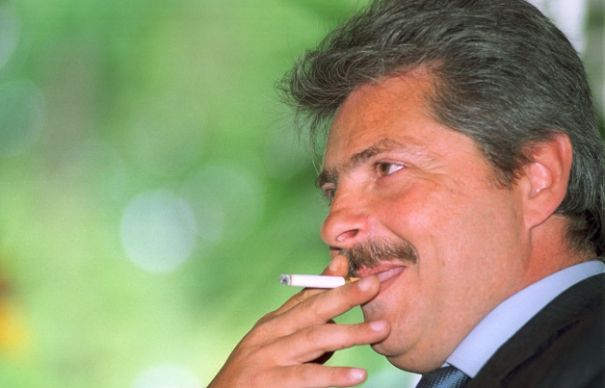 $100 Million cash was in four-bedroom apartment in Bucharest without any furniture, when this Romanian businessman celebrated his achievement by popping a bottle of champagne and making love to his wife over scamming that large sum of money.

In 2008 he was the fifth richest person in the country worth just under a billion dollars. He’s been in jail two times but for short periods of time later being released.

# 8. Mark Cuban bought a jet on eBay for several millions 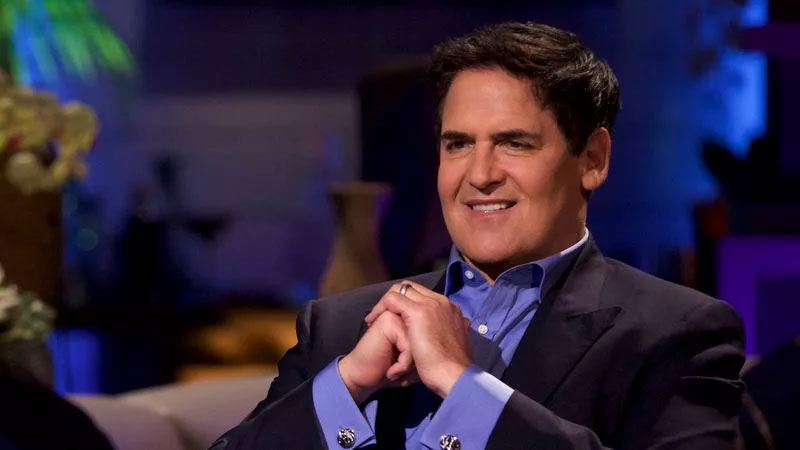 $ 40 Million was his investment on a private jet buying it through eBay. This made history in 1999, being the largest e-commerce transaction in the world at the time and it was inserted in the book of Guinness of World Records. He became a billionaire after selling his company broadcast.com to Yahoo for $ 5.9 billion.

He could not resist adding two more jets to his collection: Boeing 767 and 757, since it allows him to save more on the most expensive thing in the world, “time”. In 2005 someone took over his record buying a $140 Million Yatch also on eBay.

# 7. Pablo Escobar once burned Million to keep his daughter from getting cold 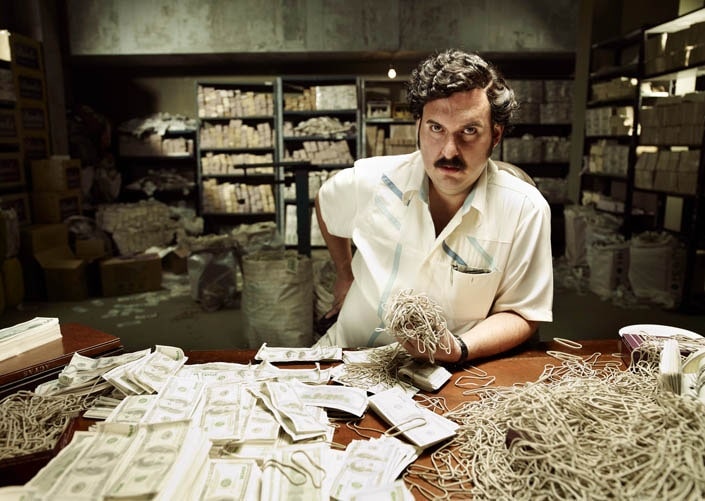 $2 Million were burned once in cash just to keep his daughter from getting cold while on the run, as he was in the jungle being persecuted by the police. Pablo Escobar, one of the most famous narcos drug leader in his time.

This crazy guy is one in a few who could spent a quarter million dollars a year on rubber bands alone just to keep his cash together. 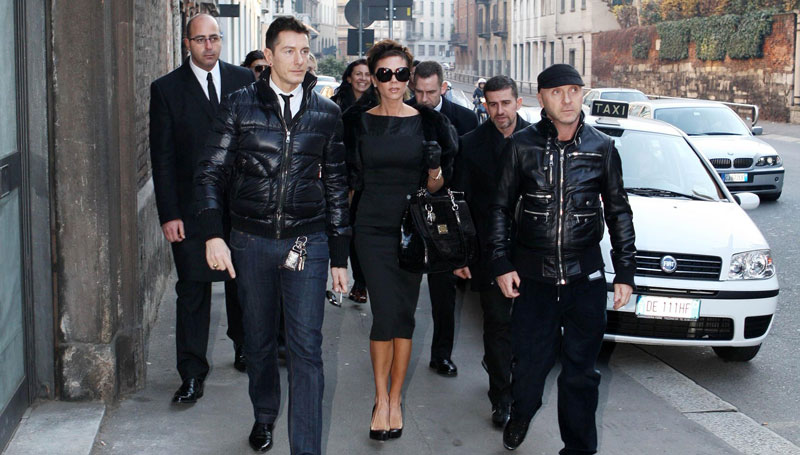 $ 1.4 Million is what Victoria Beckham spent in shopping spree in Milan. Any luxury shopper may spend a few thousands, but Victoria is one in a few to fly to Milan and also to spend such amount in one single shop.

The former Spice Girl picked up handbags, shoes and a selection of dresses. She couldn’t miss the 12 pairs of sunglasses, some designer luggage and four sofas during the trip. This wasn’t just for herself though, the mom of four bought two suits and a $600,000 Rolex for David. 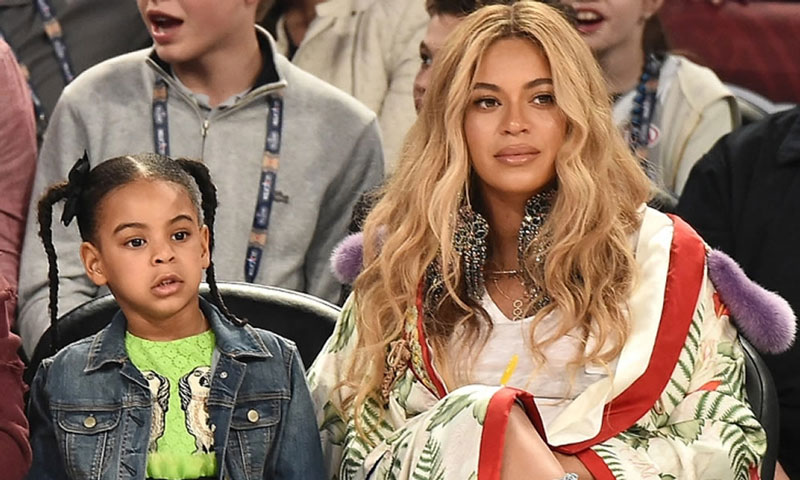 $600 Thousand spent Beyoncé in a solid gold rocking horse for her daughter Blue Ivy. Although this this sounds insane, she also bought for $5 M the ninth most expensive watch for her husband.

If this was not enough, Beyoncé bought Jay Z a private Jet for $ 40 Million, and he buys her a 25M island. Listen to the ridiculous amount of 10 Million Dollars spent just for the preparations for the arrival of her new twins. 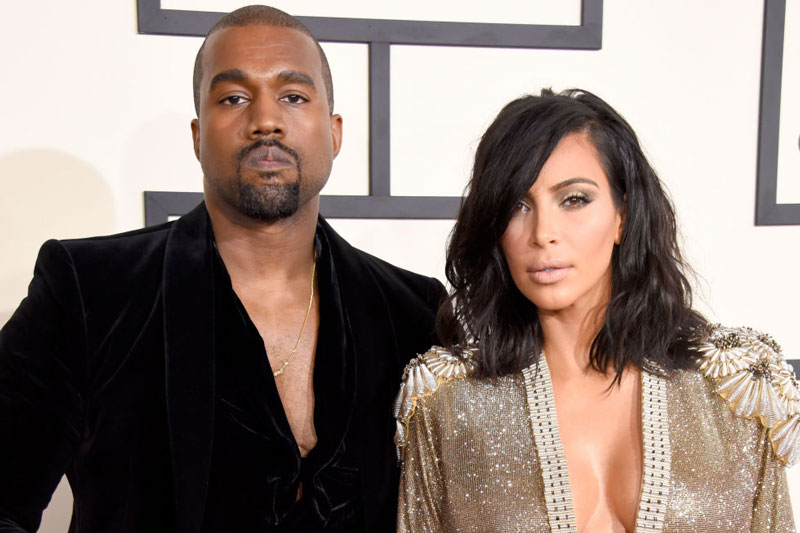 $8Million spent Kanye West on security upgrades for Kim Kardashian and $20 Million on the redecoration of their house after she was robbed with gunpoint. He also bought two prombron iron diamond armored vehicles costing a whopping 1.2 million dollars each for both himself and his wife.

These amounts were recovered easily after Kim launched her makeup kits, as she made 14 Million Dollars in twenty minutes.

$1,000 Million is what Russian Oligarch Mikhail Gutseriev spent on his son’s wedding, exactly one sixth of his net worth. Previously, in 2015 he spent $ 1.5 billions in buying banks, pension funds and oil refineries.

The billion wedding is justified after the performance of Jennifer Lopez, Enrique Iglesias and Sting as just to mention a few celebrities. Groom’s bespoke gown reportedly, cost around 1 million dollars alone custom-made for the event by Elie Saab and was flown in straight from Paris. The crown on her head worth 5 million and the cake custom-made 9 times taller than a human. 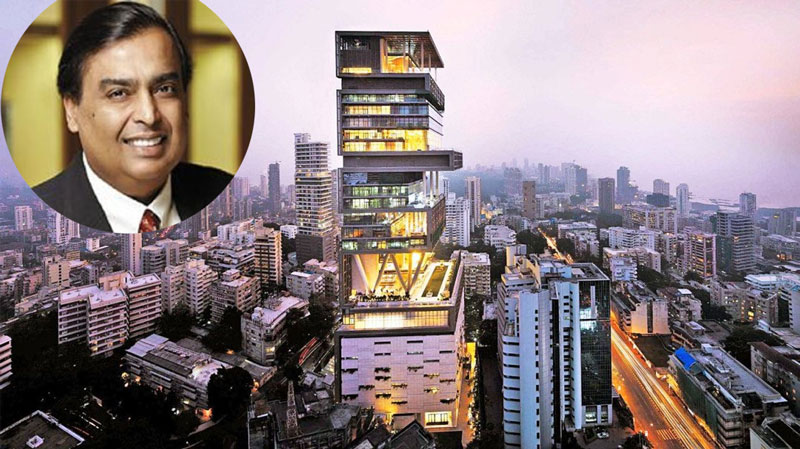 $1,000Million is what the Indian Mukesh Ambani spent to build, with 600 people, his 27 floors home building, one of the most expensive house worldwide. Most of the ceiling is double high, so the real size is the equivalent to a 40-story building.

The 1-billion-dollar house has the amazing capacity for 168 cars, 3 helipads, spa terraced gardens, a temple to where the family prays regularly. The lobby alone has 11 elevators, a ballroom and a 50-seat theatre.

#1. Bill Gates donated $35 Billion to charity so far, more than any human in history

$35 Billion is what Bill Gates donated so far in charity, more than any human in history. Thanks to this philanthropic person, saved over 7 million lives by bringing vaccines and advanced health care to children internationally.

Microsoft founder is the biggest investor in medical tech in the world right now through his efforts he plans to eradicate as many as 20 deadly diseases.

It’s not his massive wealth that is so impressive it’s what he does with it that makes him legendary.

He has the most transparent foundation in the world and founded the Giving Pledge where he vowed to give 95% of his wealth to charitable causes upon his death.