Can you imagine that today your boss calls your office and offers you a job in a foreign subsidiary of your company? There you can perform the same tasks for a considerably higher salary. Go ballot, right? Leave your environment, your friends, maybe your partner and your family for a while. However, it is a decision to which many people have given their yes in recent years, driven in part by the economic crisis and the recession of professional markets. If you are one of them, you should know that the experts endorse your choice: it is the best you have been able to do. If you are not, maybe you should give a couple of turns to this opportunity if you put it on a platter.

The financial multinational services HSBC has conducted a survey among more than 22,000 expatriates around the world, and two thirds of this figure receive higher income in the country of destination than in the country of origin. Of course, it is to be thought: we talk about extra benefits that reach an average of 21,000 dollars per year. The most juicy place to move is Switzerland, where those $ 21,000 are transformed into 61,000, achieving an average salary for immigrants of up to $150,000 per year in the Central European country. 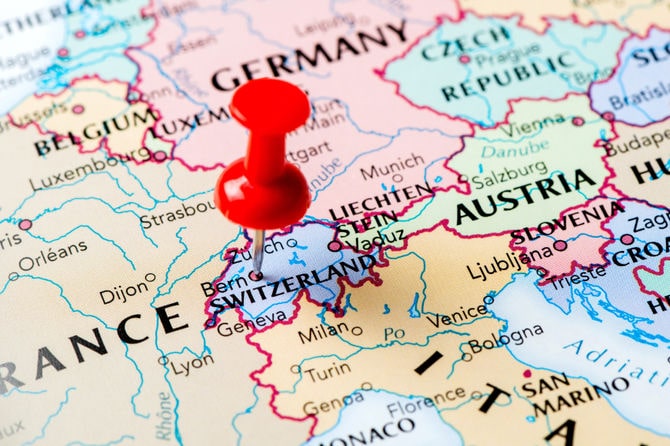 What other interesting data does this study show? That 58% of respondents charge more for doing exactly the same job, and that much of the increase in revenue is due to the fact that in some countries less taxes are paid, such as Hong Kong and Singapore, according to the portal ‘Quartz’. If we return to Switzerland, the preferred destination, we discovered that more than 89% of the expatriates living there arrived more than five years ago, that only 9% worry that life there is more expensive than in their country of origin, and that only 1% is worried about the future of the local economy.

The best countries for expats

All are advantages, right? Especially in the case of women. The HSBC data show that the increase in income in the new destination is greater in them (27%) than in them (23%), and that they are more bilingual and have a better command of other languages ​​that they may have a lot to do with. The best destinations for expatriates are the United States, Hong Kong and, again, Switzerland. It is true that there is still a wage gap, since they receive an average of 112,000 dollars per year, 42,000 less than men; also that they move to another country to improve their labor conditions less than them (27% vs. 47%).

If we compare the two lists, which countries are good for expatriates as well as for employers? China, the United States, India, Indonesia and Japan. And the best cities to start from scratch that better pay? Osaka and Tokyo, in Japan, and Sidney and Adelaide, in Australia.

Now, these are the ten countries to which you must move if you want to charge more for your work, according to the data collected in ‘Quartz’.

Michael K. - February 25, 2019
0
Why do people gamble? For the fun of it; the thrill of pitting your knowledge, your instinct against the house, against your friends. There...

Richard Collins - January 24, 2019
0
Pimp and, at the same time, style icon. This is Conor McGregor, the Irishman who has revolutionized the UFC (Ultimate Fighting Championship) with his...

Jason Hodge - January 24, 2019
0
Can you imagine that today your boss calls your office and offers you a job in a foreign subsidiary of your company? There you...